Roundup-Resistant Turf: Coming to a Lawn Near You? 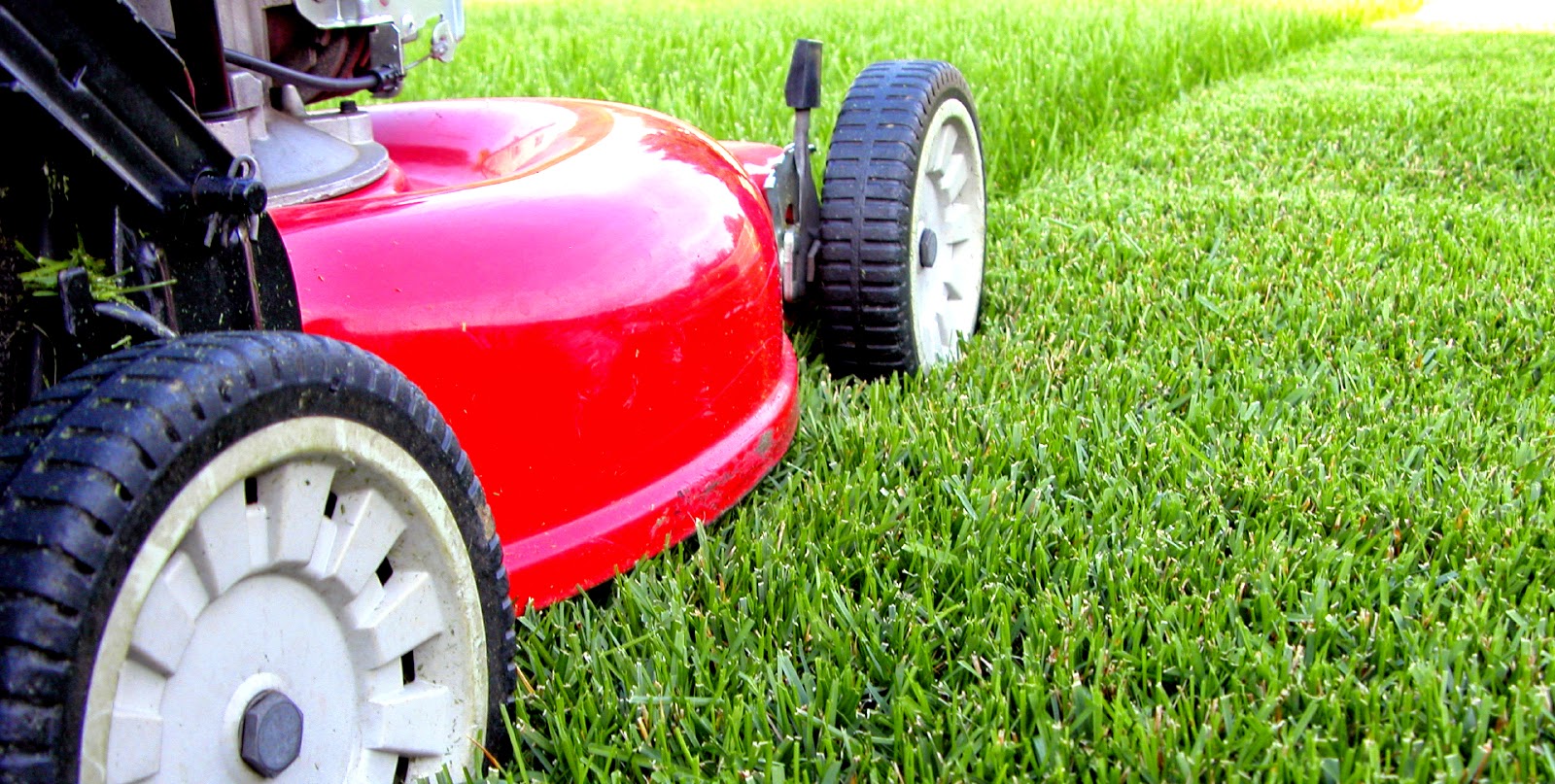 Lately, it seems, the acronym “GMO” (genetically modified organism) can be heard or read daily in the news we receive. I did a Google search of “GMO” and got 85.6 million hits. That’s a lot to wade through – especially if you are looking for unbiased information. A great deal of the debate revolves around potential health effects that GM plants and animals may have when they in some way become part of the food we eat and the labeling of that food. How the growing of GM crops and animals affects the environment, and the economic implications of GMOs, also pose concerns for many people. Unfortunately for those seeking valid information on GMOs, the facts and science often become lost among ideological debates, conspiracy theories, and distrust that both sides have for each other. Well, my purpose here is not to provide the answers for which you might be searching. Heck, this might cause even more confusion – and debate. 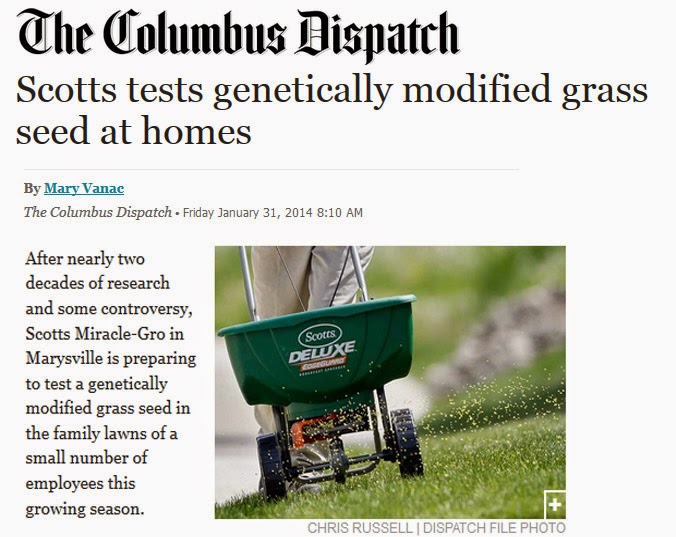 In the past week, kind of “under the radar”, a few articles have appeared about field testing the Scotts Company will begin of a glyphosate/Roundup-resistant (RR) tall fescue (as far as I can tell, there has been no official press release about this grass from Scotts). Almost more newsworthy than the grass itself is the fact that the USDA determined in January 2014 that it had no authority to regulate the testing or introduction of this GM tall fescue. They concluded (read the USDA’s letter to Scotts here), that the USDA and APHIS (Animal and Plant Health Inspection Service) have no authority to regulate the testing of the Scotts RR tall fescue because: a) the tall fescue was not transformed (i.e., made glyphosate/Roundup resistant) using plant pests, unknown organisms, or regulated organisms, .
b) that tall fescue is not a federal noxious weed, and c) that there is no reason to believe that the glyphosate-resistance transformation is likely to “increase the weediness of tall fescue”. The USDA and APHIS similarly ruled in 2011 that they would not regulate the development or release of glyphosate-resistant Kentucky bluegrass by Scotts – a ruling which paved the way for the testing of GM bluegrass in the yards of some Scotts employees in 2014 and limited commercialization in 2015

For many years Roundup-tolerant (not resistance to glyphosate, but tolerance of lower rates of the herbicide) tall fescues and perennial ryegrasses have been commercially available. But if Scotts begins selling their GM bluegrasses and tall fescue, they would be the first RR turfgrasses (and genetically modified ones, in the GMO sense) to become commercialized. Scotts’ first attempt at releasing a Roundup-resistant turfgrass (a creeping bentgrass) was nothing short of disastrous and was discontinued when the Roundup-resistance gene escaped (via pollen) from Oregon test seed production fields and was found in native bentgrass plants 12 miles away. As recently as 2010, populations of glyphosate-resistant bentgrass were still being discovered in eastern Oregon after the gene escaped from western Idaho seed fields that were destroyed by Scotts in 2006.

So why the interest by Scotts in the development of RR tall fescue and Kentucky bluegrass – or any turfgrass, for that matter? Because it makes weed control simpler: there would be (theoretically) only one herbicide needed to kill weeds in lawns planted with RR grasses – Roundup (glyphosate). This is the basis for the development of the many “Roundup-Ready” agricultural crops (soybeans, corn, cotton, alfalfa, others) being grown worldwide.

Are there valid reasons to be concerned about the commercialization of RR tall fescue and bluegrass? Certainly.  Because these species also produce pollen, the potential exists for the gene to move – as happened with the GM bentgrass 10 years ago. And the development of glyphosate-tolerant/resistant weed populations, as has happened with some Roundup-Ready cropping systems, is a legitimate concern. Proponents of the Scotts RR turfgrasses might suggest that these grasses would provide simplified weed management for the end user, allow the use of an environmentally benign herbicide for weed control when needed, and that by employing integrated weed management principles the potential for resistant weeds would be minimized. And it has been suggested that tall fescue pollen is much less likely to cause the problems experienced with the RR creeping bentgrass.

The concerns of those opposed to the commercialization of these grasses are valid ones. Hopefully the research will be done properly, care will be taken in the commercialization and production process, and the debate will be based on science and not like what I just read on this blog – which suggests that rolling on a lawn of “poisonous” RR tall fescue or Kentucky bluegrass might be hazardous to your health. (I hesitated to link to this blog, but am confident that our readers are intelligent enough to filter out the more ridiculous rantings of the writer).

To finish on a lighter note…I did a Google search of “golf” and found – to my delight – an impressive 1.38 BILLION hits. This proves that golf is 60% more important…and fun…and popular to read and write about… than GMOs. 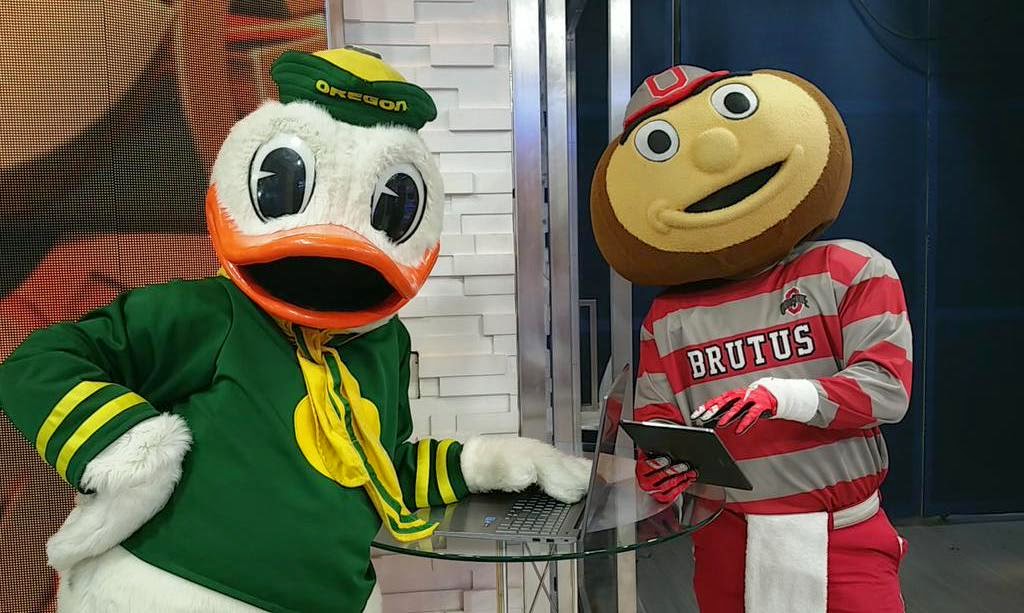