Mysterious Turf Color: The Cause! 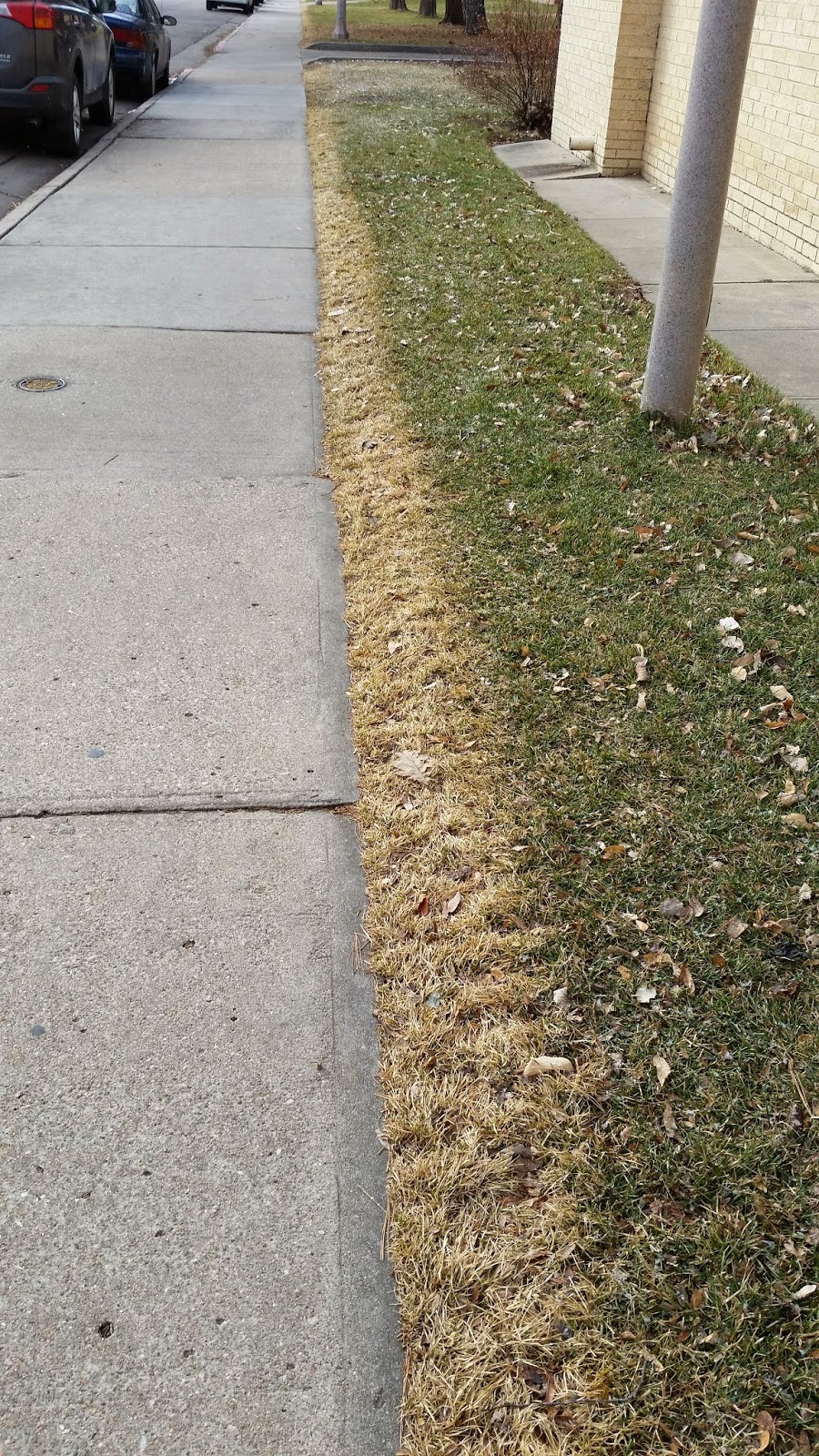 So many good guesses! Deicing salt injury is a very logical guess. It's not the cause of the present injury, but is likely to show up later in the spring - depending on how much more snow we get, and how much more salt is applied to the sidewalks on campus.

The guesses about snowplowing are darn close. This is turf injury that didn't happen recently however - and perhaps I could have been nice and told you that. I saw this late last year, probable in late November? 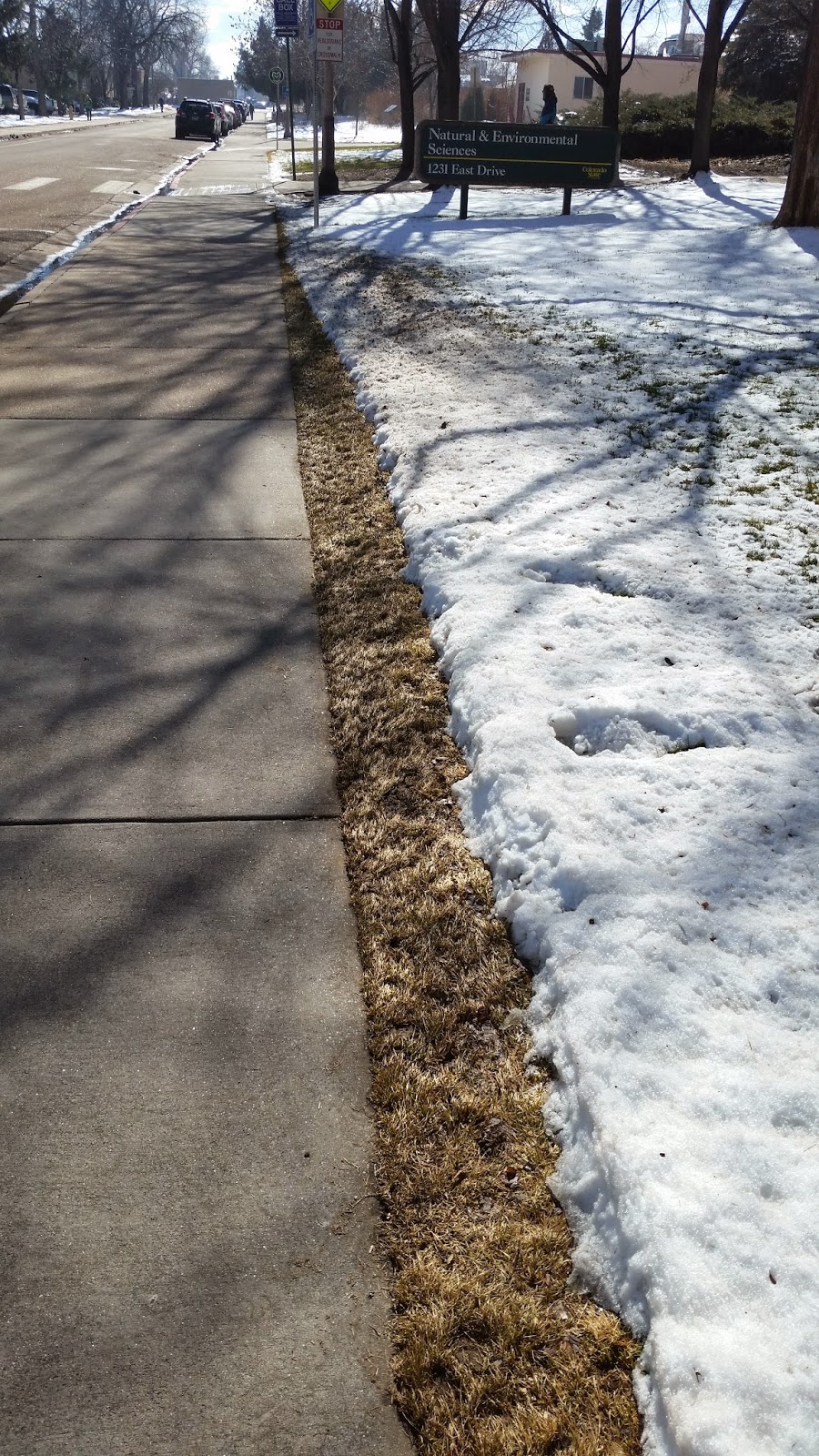 It is injury caused when the snow on sidewalks was BRUSHED from the walks - not plowed. The turf was a very healthy green when we had our first snow last fall - measurable in depth enough that brushing was used to clear the sidewalks. The brushing of the frozen green turf damaged the leaves to the point that they turned brown within a day of brushing - and have remained so to this point in time.

Excellent guesses everyone! Thanks for playing!