The past few days have brought numerous questions about “clouds” of moths in lawns and congregations of them on the exterior of homes – often near doors and windows. Our CSU entomologist, Dr. Whitney Cranshaw, has identified them as the vagabond crambus (Agriphila vulgivagella), one of about 6 different species of sod webworm that can occur in Colorado lawns. While it is not uncommon to see large numbers of this moth flitting about lawns in September, the numbers in the past few days are extraordinary. Although nowhere near as annoying as the miller moths we see in the spring, the large numbers have caused great consternation for more than a few people – including Alison O’Connor (one of our frequent bloggers here), who likened the invasion in her landscape to the super creepy Alfred Hitchcock movie, ‘The Birds’.

Before you run out and begin applying insecticide to your lawns, this species of lawn moth is not a damaging one – compared to the “regular” sod webworm and the related cranberry girdler (aka, subterranean sod webworm).  The large numbers now are “not a prognosticator of the future, but a reflection of the past, in terms of larval populations and turf injury”, according to Whitney. In other words, there were A LOT of the larvae feeding in lawns a month ago in order to have this many adults flying now. If they didn’t cause noticeable damage then, it is unlikely that they will cause damage in the next month as well.

Healthy, growing lawns are highly unlikely to suffer damage from this insect, so avoid the temptation to run out and apply an insecticide to your lawn. The moths appear to be dying quickly, as evidenced by the large numbers you can find on sidewalks and streets. Insecticide applications have NO EFFECT on the adult moths, so it would be an unwise misuse (and waste of time and money) to apply something to your lawns hoping to make the moths go away. Their numbers should decline rapidly in the next week.

While perhaps bothersome and somewhat creepy, luckily the moths are much smaller and nowhere near as aggressive as were the birds in Hitchcock’s movie. 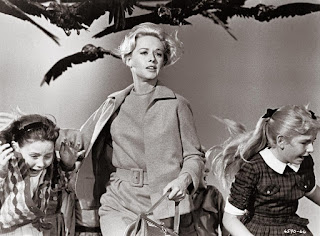