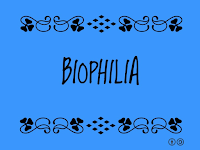 Hello! My name is Kelley and I’m a biophiliac. A what?  A biophiliac.  Okay, so technically that may or may not be a real word.  E.O. Wilson, Professor Emeritus at Harvard University, coined the term “biophilia” in his book titled the same in 1984.  There are many definitions of biophilia, but the most simple is “a love of all living things”.  Dr. Wilson’s theory is, in part, that humans are genetically predisposed to derive psychological and physiological benefits from nature. In his book, Biophilia, he states “to the degree that we come to understand other organisms, we will place a greater value on them, and on ourselves”.

Now that we’ve been properly introduced, I want to share some amazing qualities our phytocompanions possess and why I think they deserve a little more R-E-S-P-E-C-T.  Not sure phytocompanions is in the dictionary either, but my blog today, so my rules?

Did you hear the one about the plant that walked over to the water spigot?  Of course not, because plants aren’t able to go get a drink of water, no matter how many days or weeks we’ve neglected them.  Plants also can’t move underneath the patio during a hailstorm. Nor can they relocate themselves three feet west of the Autumn Blaze maple you planted five years ago that is now blocking their sunlight.

Plants are constantly interacting and adapting to their environments.  Here are a few cool examples. 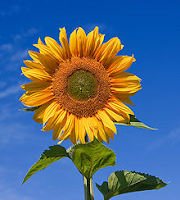 Heliotropism, also known as solar-tracking, is the ability for a plant to follow the direction of the sun on a daily basis.  Sunflowers are probably the most famous example of heliotropism.  Some studies suggest sunflowers and other solar-tracking plants do this to increase light absorption, photosynthetic efficiency, and increase crop production. The snow buttercup, Ranunculus adoneus, is a subalpine and alpine plant native to our higher elevations here in Colorado.  Heliotropism in the snow buttercup is believed to occur, at least partly, to create warmth in the interior of the flower to make a warm, cozy landing zone for pollinators.

Phototropism is the reason everyone who has houseplants near windows has to rotate them, or at least should rotate them, on a regular basis.  The plants start growing towards the light, right?

Gravitropism is another interesting plant response.  Have you ever planted a tomato in a trench on its side?  Isn’t it amazing how the plant “knows” that the shoot growth needs to go upwards to photosynthesize and the roots need to grow down for water and mineral uptake? 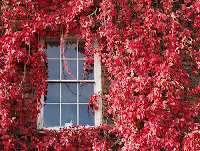 What about that cute, little Virginia creeper, Parthenocissus quinquefolia, you planted eight years ago that started climbing on everything in sight and is now trying to take over your house?  This is an example of thigmotropism -- not the attempted coup d’etat part, but the fact that a plant can respond to touch or contact in its environment. Yes, a plant has a “sense of touch”, of sorts.

As you have likely discovered by now, tropism in horticulture generally refers to the response of a plant to an environmental stimulus. It’s when a plant moves towards or away from a stimulus, which could be something like touch, gravity, light or even weather events.

So, back to Dr. Wilson and his biophilia theory -- the extent that we understand other organisms, we will place a greater value on them.  I hope you have a better appreciation and understanding for just a few of the many, many ways our phytofriends are constantly interacting with their sometimes very challenging environments.  Maybe the next time you turn that hanging ivy plant away from the window or you drive past a field of sunflowers, you will take a moment to observe and ponder the amazing world of plants.

Suggested reading:  Monica Gagliano’s research on mimosa plants where the plants appeared to have “learned” new behaviors. She is a Research Associate Professor at the University of Western Australia.