Victor Frankenstein should have taken up gardening

Cue up some Edgar Winter, it’s time celebrate the birthday of one of our most iconic Halloween bad boys: Frankenstein.  Two hundred years ago, Mary Shelly published the story of the reanimated monster that’s shuffled and groaned its way into the pantheon of ghouls that define the season.


Shelley shocked the world with her gothic horror treatise, widely regarded as the first true science fiction novel rather than fantasy, because it drew on scientific concepts of the day.  Pulled together from pieces of cadavers, the monster was reanimated through electricity from lightning.
A sewn-together creation of bits and pieces is nice and all, but gardeners know her tale isn’t as far-fetched as we’re asked to believe.  We’ve been doing this for thousands of years.  We live with creatures grafted together all the time; in fact, we search them out and make them the centerpiece of our landscapes.


Some are subtle; so seamlessly grafted you don’t realize its two different plants put together.  Others show the graft proudly, and gardeners use this to guide them in planting to proper depth.  Grafting provides us with plants that are sturdier, more disease resistant, or smaller than the original.  It’s how we get cultivars of the same fruit on tree after tree in orchards so we can enjoy Honeycrisp apples or Cresthaven peaches.
In order to make sweet, edible apples one needs to grow the exact cultivar by cloning as grafts on rootstocks. If you try to grow them from seed, you get the result of apple flowers crossing with other, usually crabapples.


It’s also how we have trees sporting several different fruits on the same plant.  Often called “fruit cocktail” or “fruit salad” trees, gardeners with big desires but small space can have it all: with four, five, even six different fruits on a single trunk.  Nectarines, plums, apricots, and peaches or red, green, and yellow apples come together in a fusion of flavor.
Scientists are running wild having successfully grafted fruit trees they’re grafting anything that doesn’t move in the garden: tomatoes, melons, the neighborhood rabbits.  Ok, maybe not the rabbits, but horticulturists are very excited about grafting.


Clones, too, surround us; they give us perfect replicas of plants we covet at other’s homes or businesses. Technically, the definition of plant cloning is human-controlled asexual propagation of a plant, which doesn’t sound fun at all. But we do it all the time.
While Victor Frankenstein raided graveyards for his body bits, we raid plants we see while walking the neighborhood or sitting at the doctor’s office awaiting our turn.  With a quick, surreptitious pinch, we snitch a bit of plant to put in water for rooting, thus cloning the plant.  Love that African violet?  Pinch off a leaf and plant it.  The begonia at an atrium in the mall?  They root nicely from leaves as well (readers: denuding a plant you don’t own is unethical.  Ask permission before taking anything from the plants you see).


When it comes to bringing things back from the dead, gardeners have much in common with Victor; anyone who’s had a jade plant fall and shatter into pieces knows the desire to resurrect it by shoving a bit of stem or leaf into potting mix (the leaves should be dried a bit before doing this, but that’s a different story).  It takes a while for the leaf to root but shocking it with electricity to speed things up would end in disaster. 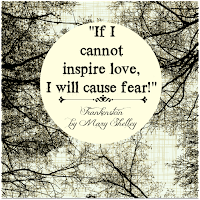 Ultimately, Victor wasn’t such a bad guy; he simply needed to take up gardening.