Our three year (2 winter) herbaceous perennial trials at Colorado State University continues to grow each year with 115 new entries for a total for 270 entries. Plants are evaluated for plant vigor, uniformity, floriferousness and tolerance to environmental and biotic stresses. The following six perennials have been awarded the 2019 “Top Performer” perennial designation after performing superiorly for three growing seasons and two winters in our Fort Collins, Colorado trials.

A complete report on the perennials in the trial can be viewed at www.flowertrials.colostate.edu under Perennial Trials menu.

Millenium Ornamental Onion from Eason Horticulture Resources and Stonehouse Nursery
(Allium hybrid 'ALLMIG1')
This was a definite “show stopper” plant that was described as having an “insane” amount of blooms.  Flowers were a nice shade of pink and were a favorite of many bees and butterflies.  The flowers combined well with a nice compact plant with clean foliage and very uniform growth habit.  Blooming lasted a long time and flowers did not lodge even with overhead irrigation.  It has been reported to grow well even at 8,000’ in the mountains.  Removal of spent blooms can result in some repeat blooming or can be left for winter interest.  Judges were in unanimous agreement to designate it as a winner. 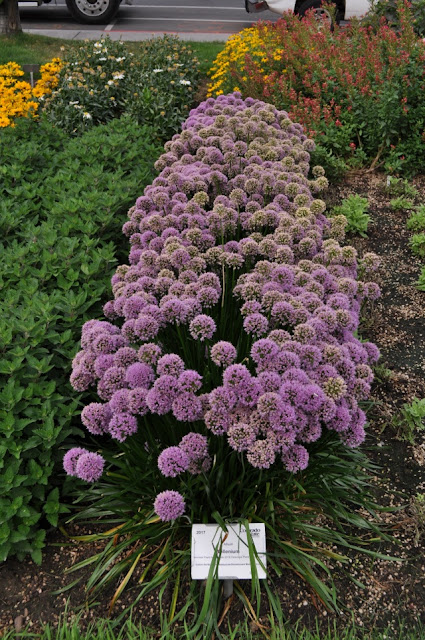 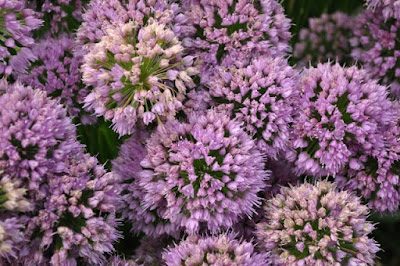 
(Dianthus x hybrida Kahorie® 'Scarlet')
Very showy in the spring with a very vibrant color and attractive plants.  Flower color was not a true scarlet but a beautiful shade of hot rose or cherry.  Plants had superior winter hardiness that was consistent over three years and did not die out in the center as did many other Dianthus.  Plants were attractive even when not in bloom with a nice tidy, compact growth habit. 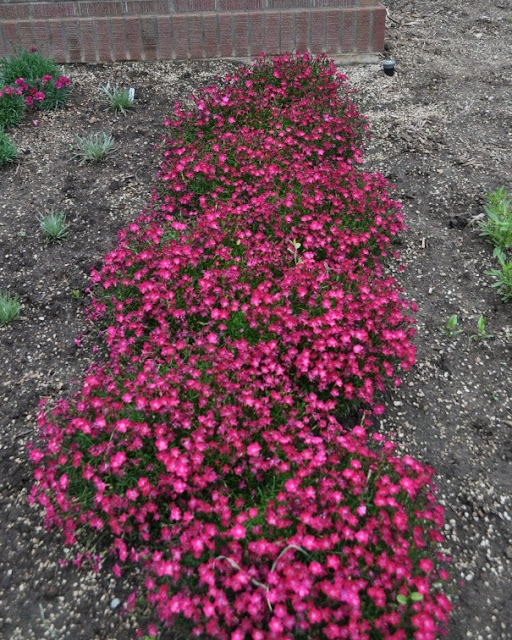 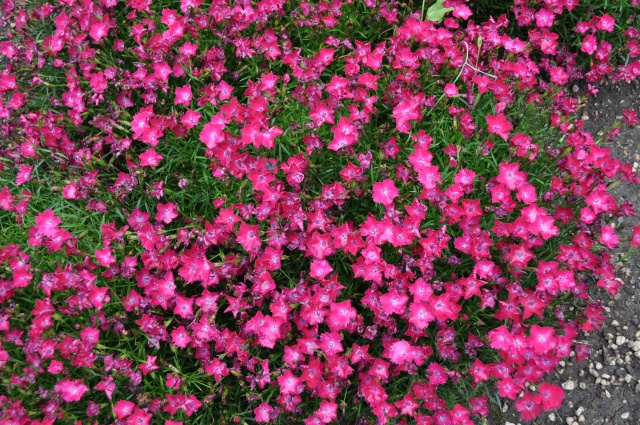 SUMMERIFIC® Cherry Choco Latte Rose Mallow from Walters Gardens, Inc.
(Hibiscus x hybrida 'Cherry Choco Latte'PPAF)
Large, two tone blooms were captivating with a striking combination of pink and white.  It makes a great choice for providing color late in the season.  Plants were relatively low maintenance as the old blooms were self-cleaning.  Foliage had shades of dark red that was maintained throughout the season.   Plants also had a nice growth habit that did not lodge and the mid-size height made a good balance with the flower size. 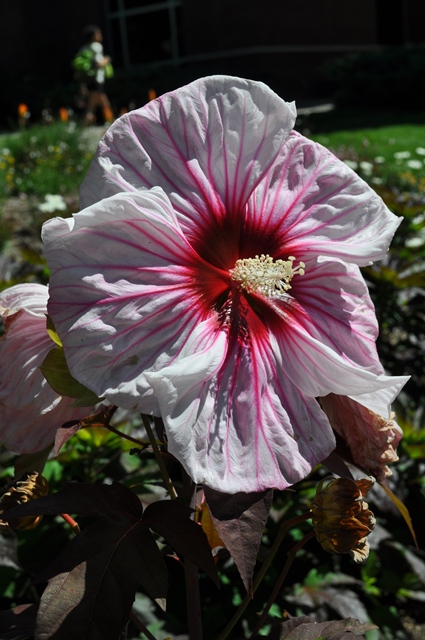 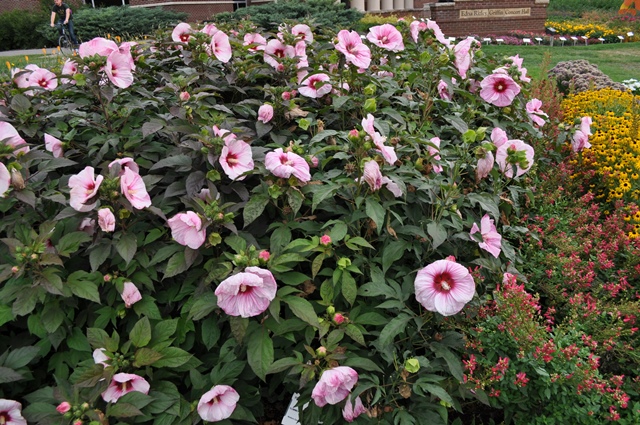 Lami™ Dark Purple Spotted Deadnettle from Danziger
(Lamium maculatum 'Dark Purple')
Dark purple flowers combined with dark green foliage and a very uniform growth habit to make a very impressive groundcover.  This versatile plant did not burn in the sun and did well in the shade.   It has also been reported to look great even at 8,000 feet elevation.  Plants have superior vigor and provide a long period of bloom. 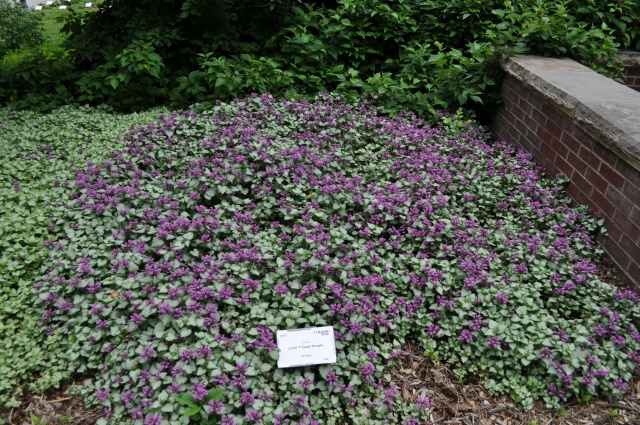 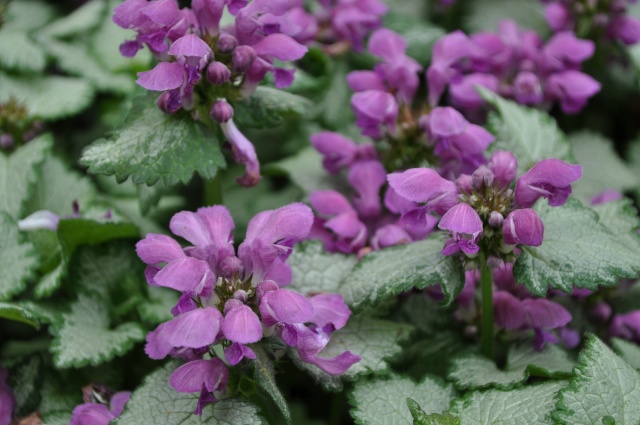 Bandwidth Maiden Grass from Darwin Perennials
(Miscanthus sinensis 'NCMS2B'PP29460)
This is a good selection for today’s smaller gardens and landscapes as the plant maintains a nice uniform growth habit that is only 3-4’ in height.  Plants did not bloom but foliage is very attractive with yellow stripes running across the blade.  The variegated foliage did not revert and was impressive all three seasons.  Flowers are not needed for interest as the yellow and green contrast in the leaves is very showy. 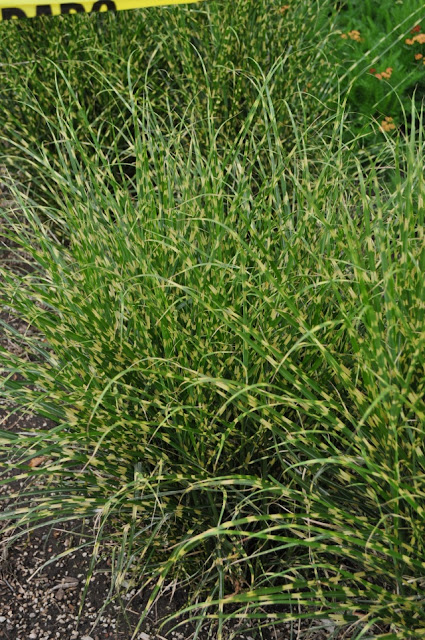 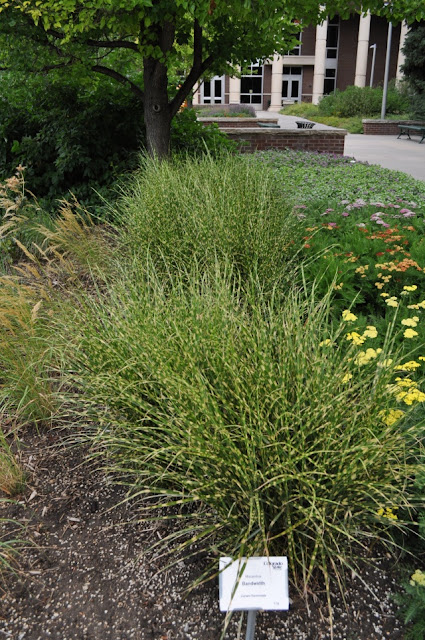 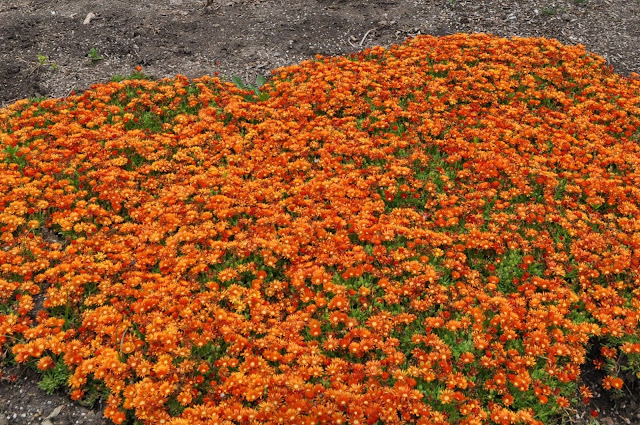 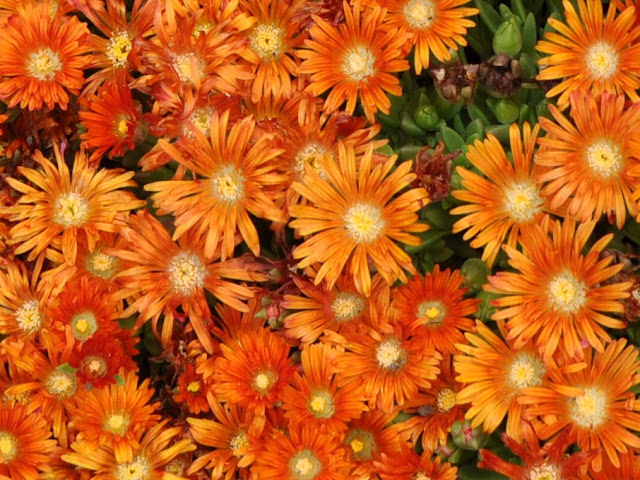