Evaluating perennials in the Rocky Mountains

The purpose of the Perennial trial garden is to evaluate new perennial plant species and cul­tivars under the unique Rocky Mountain environmental conditions.  Plants are evaluated for plant vigor, uniformity, floriferousness and tolerance to environmental and biot­ic stresses.  The Perennial Trial program at Colorado State University is designed to test newer perennial cultivars that have been introduced in the past three years or less. Entries in this trial are grown for three summers and two winters before they are switched out for new entries.

Photos and data on plants and flowers were collected on a bi-weekly basis from May to early October. Dead plants in the trial were not considered in the bi-weekly evaluation; thus, the ratings given only reflect the live plants. Members from the Perennial Trial subcommittee also evaluated and wrote comments for each plant variety in June, July, August and September. Plants and flowers were rated 0-5 using the following scale:

2 = Below Average: Plants are unattractive in some form, i.e. – leggy growth habit, chlorotic or low vigor, flowers are few and occurring sporadically

3 = Average: Plant appearance with growth characteristics that would be expected for the time of season; flowers would be few but uniform across the plants

5 = Excellent: Plants are very healthy and uniform; flowering is impressive

On November 20, 2020, a conference call was convened with CSU staff and the Perennial Trial Garden Subcommittee. Pictures of entries from the 2018 planting were posted to the Perennial Trial website for review. Data from the growing season was compiled and emailed to each evaluator prior to the conference call for review. After discussion and looking at the pictures taken throughout the season, each plant was voted on by each member of the committee as to whether it should be awarded the designation as a “Top Performer”.

Soft lavender blue flowers were prolific and brought strong flower power later in the summer. Flowers were relatively tall and held above foliage for maximum show but had good structure and did not lodge. Plant were uniform and very attractive with glossy green, flat leaf blades. 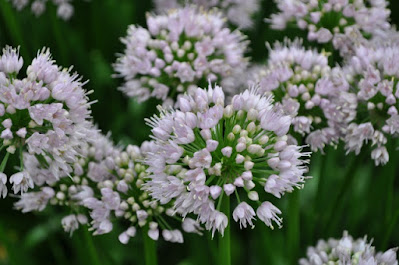 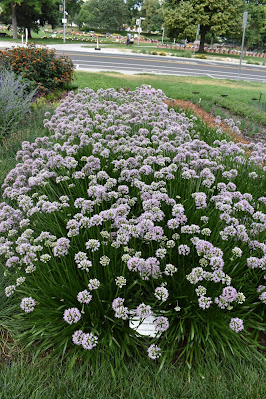 Flowers were unique with an “evolution of color” that resulted in about three different shades of color during the season. Blooms were vibrant with a rich saturated color. Abundant flowers remained in bloom a long time and created an impressive overall show. Plants had a good growth habit with strong branching and no disease. 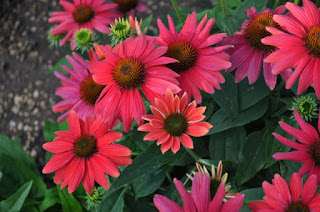 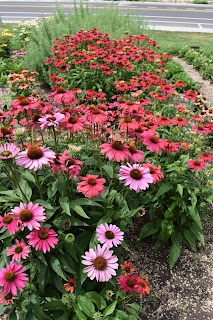 Dark burgundy foliage was a key reason for the superior rating. Multiple shades of            burgundy added interest to the dark foliage and help make the white/lavender flower color really stand out. Blooms are very prolific with a long flowering period. It was noted that although the flowers are very impressive, the plant looks very showy even when not in flower due to the attractive dark foliage that remained clean all season and never had got “floppy ear”. Plants were very reliable and had 100% survival over three seasons. 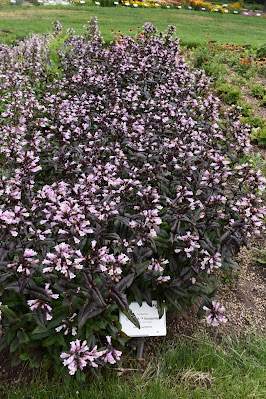 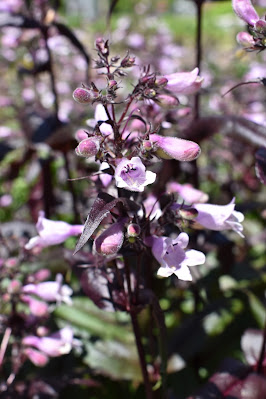 Evaluators were impressed with the entire series as all had similar height, were very uniform and resistant to powdery mildew. Flowers had a long period of bloom with no color fade. Series had a range of colors that went from soft lavender to a vibrant pink. The pink entry was noted to have some shades of coral which is unique to Phlox. 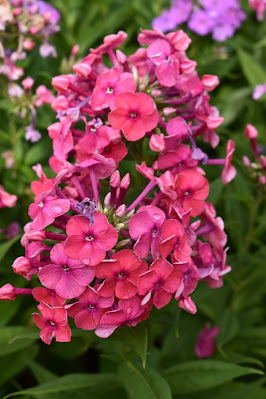 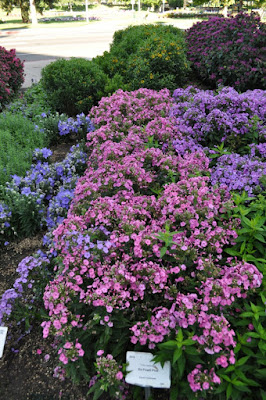 5.     Salvia ‘Blue by You’ (Salvia nemerosa) from Darwin Perennials

Vibrant blue flowers were very showy with prolific amounts of blooms early in the season and an impressive repeat later in the season after a hard cut back of old blooms. The unique blue color is a great addition to the pallet of Salvia colors in the trade and evaluators said they “had to go see it” from across the garden. 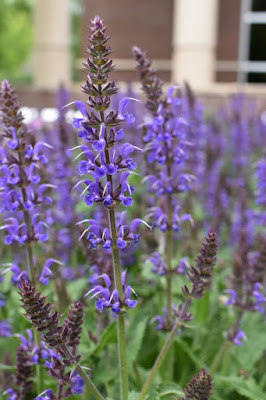 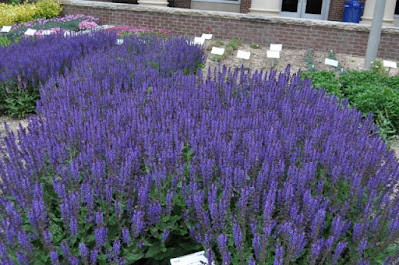