Every plant on earth wants you dead.  They just haven’t all figured out precisely how to do that.  Yet.

Because Hallowe’en is on the way soon, we thought we’d take the next couple of blog posts to talk about some terrifying plants.  Mind you, lots of frightening flora are out there—but we’re talking about the really, really scary ones.

What makes a plant terrifying?  Certainly some plants have long human associations with the macabre (the cannibal tomato, Solanum uporo, comes to mind), some are ugly to look upon or repulsively stinky (corpse-flower cologne, anyone?), and (many) more are poisonous to some degree.  We’re going to focus on the poison kind.

Plant poisons are typically intentionally manufactured compounds that are designed for defense.  Some are aimed at insects, some at vertebrate herbivores, still others at fungi or other plants.  Many of these compounds have been hugely beneficial to human health in the form of pharmaceuticals or precursors thereto.  Others have been harnessed to attack insect pests in agriculture.  Still more have been used by humans for their mind-altering effects, or to flavor food.  With plant poisons, it’s a game of dosage.  Just the right amount can be useful.  Take too much though, and it could be “game over.”

In the next post you’ll read about one of the most famously poisonous plants.  You might run across it, and you might not.  Here, though, are some of the monsters that could be lurking in your home, perhaps at this very moment. 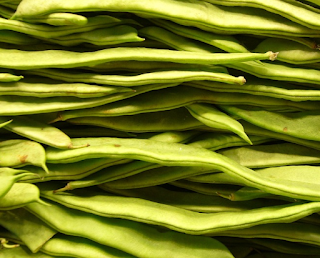 1. Beans.  Many members of the bean family are famously poisonous—and the common bean (Phaseolus vulgaris) is among them!  Beans (which are the seeds of the bean plants) contain defensive compounds known as lectins that can really cause trouble in mammalian digestive systems.  A few undercooked (or worse, raw) dry beans can provide a dose of lectins large enough to cause intestinal bleeding and “circulatory collapse.”  Thankfully, adequately cooking the beans will destroy the toxins—just don’t serve them up al dente! (Not all beans produce the same amount of lectins and not everyone is equally sensitive; Lima beans and kidney beans pack the biggest punch among commonly eaten varieties). 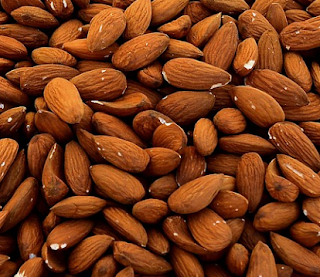 2. Almonds and Apricots.  The rose family also contains many poisonous members, and many of those are plants that produce fleshy fruits and seeds that people like to eat.  The poisons in this case are cyanogenic, meaning that they generate cyanide once broken down—in the case of these plants, in the digestive tract.  Apricot seeds (found inside the central pit) are the most poisonous.  Several published cases report fatal and near-fatal poisonings from apricot seeds, which have become popular as alternative medicines.  Most almonds do not produce much of the compounds and are easily processed by the body, but bitter almonds (Prunus amygdalus var amara) produce more.  As few as five bitter almonds can produce fatal cyanide poisoning.

3. Potatoes.  You may know that potatoes are members of the nightshade family (along with tomatoes 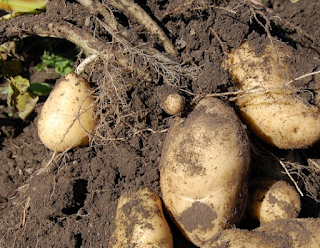 and eggplant).  All parts of potato plants contain toxins known as glycoalkaloids; usually potato tubers contain very low amounts. However, differences exist between environments and among tubers of different ages or storage histories.  Eating green potatoes or potatoes that have sprouted can be risky—poisoning is unlikely to kill you, but can cause days (yes, days) of abdominal disfunction, and at higher doses low blood pressure and neurological disorders. Unlike the lectins in beans, alkaloids are only minimal affected by cooking. On the bright side, some of these spud-borne compounds have shown promise as anti-cancer and anti-viral agents.

I don’t know about you, but I won’t be looking at my fries the same way again.