Look What I Found in My Neighborhood

I hope you’re ready for a quick stroll through the community park just beyond my yard. We’re going to take a look at some biotic and abiotic problems caused by either living or non-living entities. 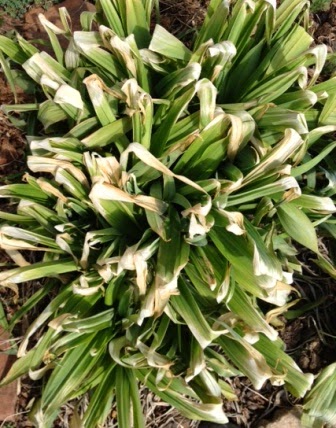 Here is freeze injury on daylily leaves.  Night temperatures dropped into the upper teens and low 20’s a week ago, following a couple days in the mid 60’s to low 70’s.  Daylily and daffodil leaves were hit the worst, depending on how much leaf tissue had emerged. Some early blooming daffodil flowers were damaged, but the later bloomers will be just fine (assuming this doesn’t happen again!) 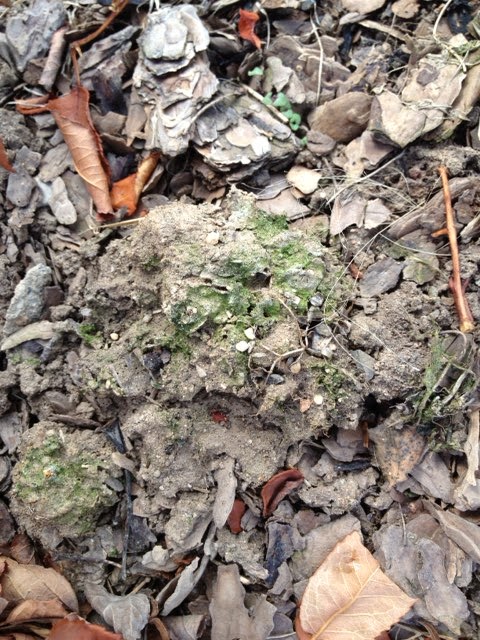 Oh look, there’s still some moss on the bare soil in a flower bed.  The soil in this section of the neighborhood is poorly drained, heavy clay. Perforated pipe was installed to improve drainage and plant based compost was been tilled into the soil.  But it is still a struggle for plants - doesn’t help that this part of the property often gets a double dose of irrigation water!

Look to the lower right to see a former lawn.  It’s in the community park, on a slope and faces west. There's no shade. 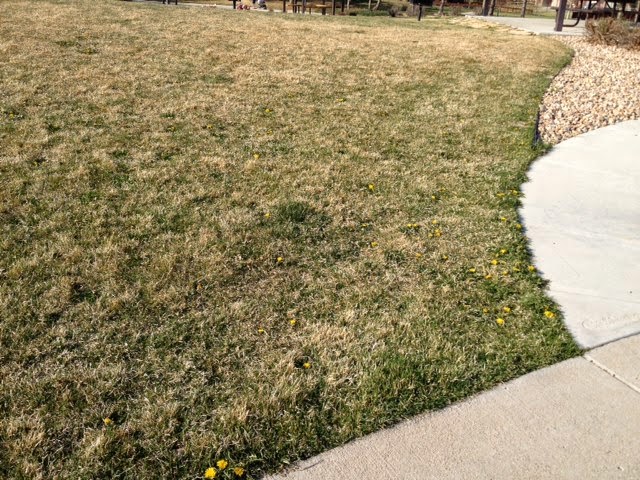 Kids and dogs play on the surface much of the year, so the soil is also compacted. A small crop of dandelions  have moved in. At first glance, the turf appears to be in great need of aeration, water and fertilizer.  That will help fill it in, making it healthier and give the dandelions less room to roost.

I had this damage pegged as abiotic (knowing the care it doesn’t receive) until I looked closer at the sparse blades of green grass….and voila, it’s biotic! The leaves are stippled or speckled and mites crawling all over the leaves. Dry conditions and south and west facing slopes are just perfect for turf mites to thrive. Because they’re active in early to mid spring, they’ve already been feeding and damaging turf and it will continue until sometime next month. Good turf care is needed ASAP! (Although good care last year would have been helpful, along with some water this winter.) 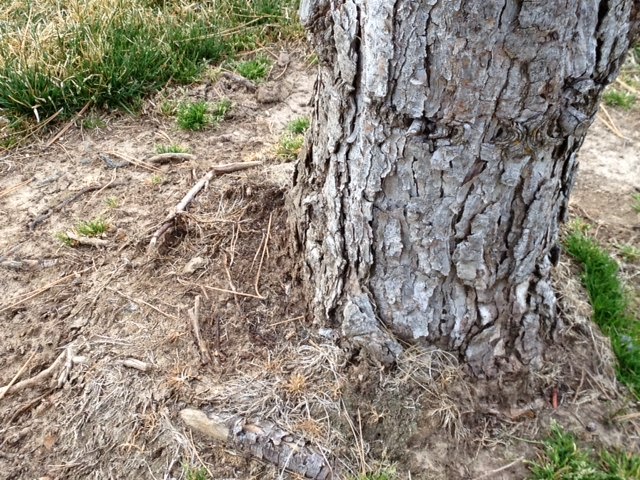 last fall. Although we can't find above ground pest injury, I bet the roots could tell us a different story! There’s a flat side to the lower trunk, and like many other trees in the park it was planted incorrectly. I suspect there are girdling roots causing the flattened side of the lower trunk. 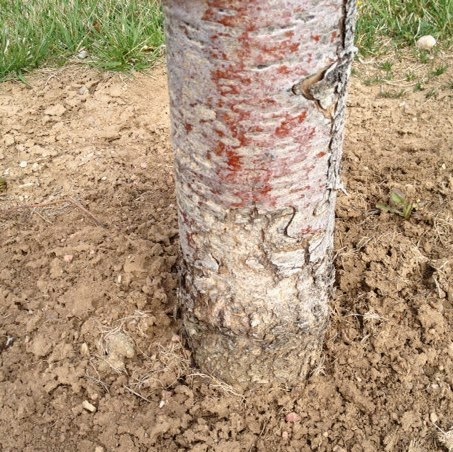 Oops! This crabapple was planted too deep. There’s no trunk flare; it looks like a telephone pole at the base.  I wonder how long it will survive in the park. So far it leafs and flowers well, but it's only been planted two years.

I’m not sure what plant this is supposed to be (below) , but obviously it has a poor pruning job.  So now as we end our quick tour, I leave you with a question to ponder: is this a biotic or an abiotic problem?! 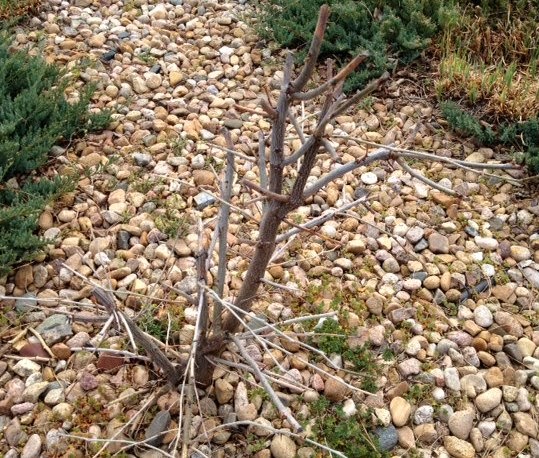