Removing a Piece of Living History

Trees provide so much in our landscapes from shade, to carbon sequestration, to beauty and beyond. So why would anyone remove a tree? Typically if they are dead, dying, have become a hazard for some reason or are simply in the "wrong" place, they are candidates for removal.

Next door to where I live, we had one such tree. A huge, beautiful cottonwood that is (was) approximately 125 years old. Totally healthy and happy, but over the years had started to lean to one side and was heaving up the driveway to a mixed-used building so the owners decided it was time for the tree to go. He expressed to me that he was really torn up about the decision, but it was soon going to become a safety issue. Below are photos of the removal which necessitated a 6 person crew, two chippers, a crane, several trucks, climbing gear, protective gear and many different sized chainsaws. It's hard to believe that over the course of one day (it did take all day), 125 years of history can be removed.

The following photos show the process: 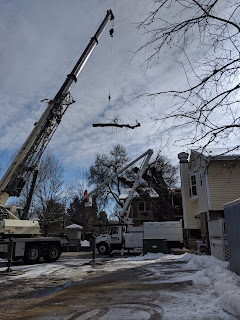 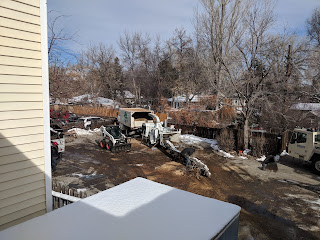 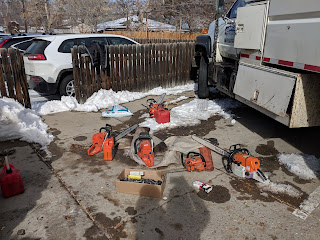 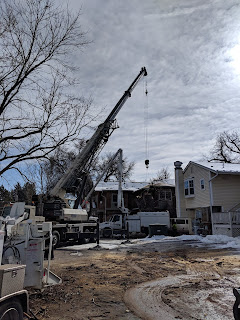 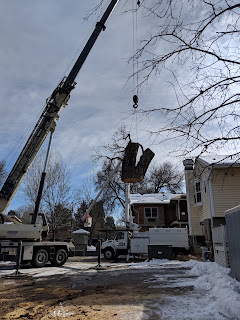 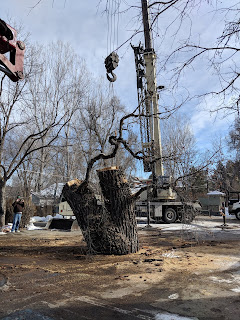 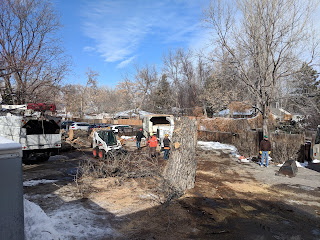 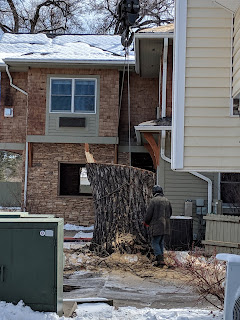 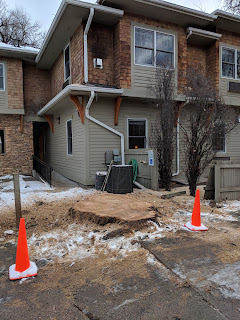 When you do need to have a tree removed, it's important to hire a certified arborist who has the proper training, equipment and insurance coverage for whatever size task it is. It is also important to get at least three bids on the job as they can vary wildly. The removal of this tree cost a considerable sum because of its size (in the many thousands) and the owner had one bid come in at TWICE what another bid was!! That doesn't mean that the more expensive company was trying to price gouge (although maybe), it could just be that based on the equipment they have and the labor hours it would take them makes their costs higher. You also have to factor in stump grinding, or not, and material being hauled away, or not. All of these factors will affect the overall cost of the job.

It's never fun to have to remove a tree, but when you do, be sure to cross your i's and dot your t's when choosing who will do the work.