The 2016-17 Colorado State University Cool Season Trials are completed and the winners have been announced.  In this trial we evaluated 119 different varieties of pansies and Violas for their performance in the fall of 2016 and winter and spring of 2017.  We evaluated them on April 19, 2017 and sixteen varieties were given high honors.  Overall, the Cool Season Trial was probably the best one we had in the past ten years.  Plants were planted in October 2017, watered and fertilized initially and hand watered throughout the winter when temperatures were above 40° F and when there was no snow cover.  The plants still look excellent and we will keep them in the trials till after Memorial Day 2017.  We then will remove them since we need the space for our annual flower trials.

Five of the outstanding varieties in this trial include:

Best of Show Pansy – ‘Cool Wave Morpho’ from Pan American Seed
This pansy stole the show in our trial with vibrant flower colors which were a striking contrast between blue and yellow and were held up high for easy viewing.  The flowers were numerous totally covering the plant which attributed to the larger spreading growth habit.  The entire Cool Wave Series was noted to have exceptional vigor and flower power but ‘Cool Wave Morpho’ was considered the best of the series. 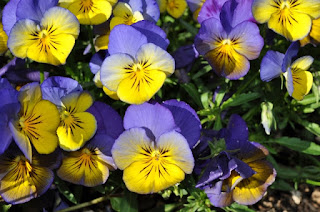 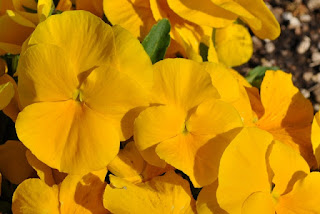 Best Purple Pansy – ‘Inspire Plus Denim’ by Benary
This pansy had a unique flower color which was shades of blue and purple on sturdy stems with excellent green foliage.  This pansy had an attractive face with eyes adding character to upward facing flowers. 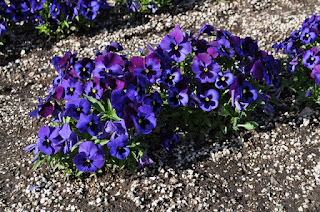 Best of Show Viola – ‘Endurio Blue Yellow with Purple Wing’ by Syngenta
The spreading growth habit makes this viola very attractive for borders and nostalgic looking flowers that bring back the idea of old-school violas.  The eye catching blue yellow with purple wing flower color is guaranteed to make everyone feel happy.  It was also designated as the “Best Novelty” Viola. 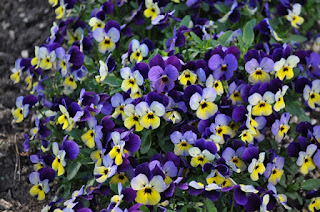 Best White Viola – ‘Admire White’ by Benary
This viola demonstrates a uniform and tidy growth habit with a petite flower size.  Flower are a pure white and very floriferous. 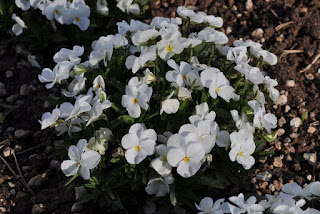 These are just five of the fifteen winners and a complete listing can be viewed on flowertrials.colostate.edu and click on the Cool Season Trial tab.

You will want to include some of these varieties as you plan your cool season garden for the 2017-18 season.
Posted by CSU Hort Agents at 3:25 PM