When our ancestors came to the U.S., the often brought seeds with them, seeds from home.  These seeds were important because they were a source of food—often the seeds they brought were of plants that were a culturally important food, a medicine or a favorite door yard flower.  These seeds planted something from the homeland into the new land and they might have preserved a long time heirloom.  Many indigenous cultures have and still preserve their own regionally adapted plant varieties by saving the seed.  In the early days of our country the USDA had a seed giveaway program.  It was often the local Extension Agent who was responsible to distribute these seeds to local people.  Around this same time, there were many seed companies who sold many varieties of seeds.  In the early to mid-1900’s things began to change -- less people lived on small family farms, less people gardened at home and hybrid seeds were developed.  There were fewer regional seed companies and many varieties were lost.  (See the following diagram.)

Preventing further loss of genetic diversity in our seed source is just one reason to make the extra effort it takes to properly save seeds.  Here are a few more reasons to consider: 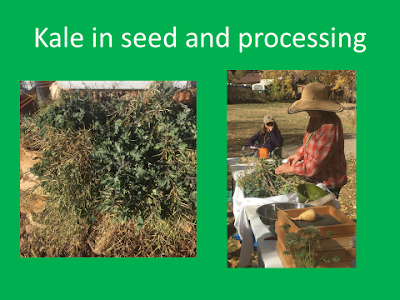 Following are some basic terms that one needs to understand in order to save seed successfully.

Open Pollinated (OP) varieties can produce stable offspring that breed true to type if properly managed.  “Stable” means there will be consistent uniformity between individuals in the plant population grown from the seeds saved.   OP varieties are allowed to cross pollinate in the field.  Open pollinated varieties can be just as vigorous as F1 hybrids, depending on selection.  OP varieties are not hybrids and they are not always heirlooms.
Definitions differ for what an heirloom plant variety is.  The most common definition of an heirloom is a variety that has been grown, seeds saved and regrown for at least 50 years.  But to others a variety that is being maintained by a family or in a region and passed down, even if it hasn’t been done for as long as 50 years is an heirloom.  Usually an heirloom is an OP variety but not always.  For instance, a noteworthy hybrid developed by a famous plant breeder in the past might be considered an heirloom by some.


Hybrid varieties result from natural or unnatural pollination between genetically distinct parents of a species.  Commercially, the parents used to produce hybrids (F1) are usually inbred for specific characteristics.  Hybrids can have increased uniformity and sometimes increased vigor and disease resistance, than either of the parent plants.  Seed saved from hybrids will not grow true-to-type and sometimes it’s sterile.

GMO’s (Genetically Modified Organism) varieties have had genes have inserted into their DNA.  The genes that are inserted are often from different species, genera, or even kingdoms.  Most, if not all, GMO varieties are hybrids but not all hybrids are GMO’s. 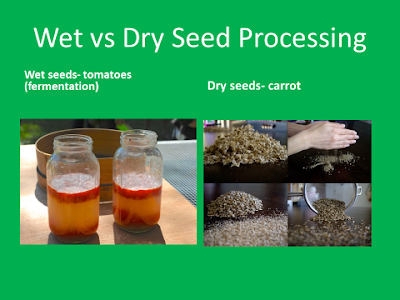 The basic steps to save seed successfully are:
Things are coming back around.  More people are gardening at home, there are an increasing number of small farms, plant breeders, seed companies and non-profits dedicated to finding, developing and preserving seed varieties and genetics.  Community seed libraries and seed banks are sprouting up everywhere! 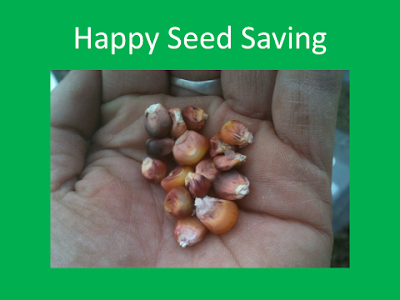